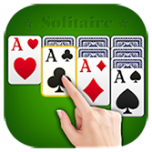 If you enjoy using this App,
Thanks for your support!

There are no more moves available. Go back and undo some moves

Congratulations! You Won the Game.
x

How to Play Klondike Solitaire!

FreeCell has become enormously popular after being bundled with all versions of Windows since 95, so I thought it was time Solitaire City had its own version. The term "FreeCell" is given to the four empty spaces above the tableau that are used for the temporary storage of cards. The rules only allow you to move one card at a time but the FreeCells can be used to move larger sequences of packed cards between tableau columns. We'll look at how this works later, but the more empty FreeCells you have, the larger the sequence that can be moved. FreeCell is an "open" solitaire meaning that all the cards are dealt face up at the start of the game and this lets you analyze the outcome of moves before you make them. Therefore, nearly every single game of FreeCell can be won with proper play which may help explain its popularity. As with all my Solitaire City games, I've added a timed scoring element to the play. However, I've also included the original Microsoft FreeCell game numbers for those who like to play the same deal more than once.

The exposed card at the end of each tableau column is available for play. You may move it to an empty FreeCell at any time to release the card beneath, but it's a good idea to keep the FreeCells empty for as long as possible. As each Ace becomes available it may be transferred to one of the HomeCells. The HomeCells are built up in ascending suit sequence to the King. You may move an exposed card from end of a tableau column or from a FreeCell to another tableau column if it will form a descending sequence of alternating colours, e.g. Empty spaces in the Tableau can be filled by any card you like, but don't waste them as empty tableau spaces are very powerful as we will see later. You keep moving single cards, one at a time, until the game either blocks or comes out.

Moving a Sequence of Cards

Although the rules of FreeCell permit you to move just one card at a time, the empty FreeCells allow you to move an entire sequence of packed cards:

Now imagine if one of the above FreeCells were already occupied by a card leaving only three empty. It wouldn't be possible to transfer a five card sequence with single card movements; you could only move four. As a rule of thumb, the size of the packed column that you can transfer is equal to the number of empty FreeCells plus one (this increases if you have empty tableau columns as we will see later). It would be rather tedious if you had to juggle all these cards around manually in order to move a packed sequence and you'll be pleased to hear that just like any decent computer version of FreeCell worth its salt, Solitaire City automates this process for you. You may move an entire packed sequence of cards to another column by clicking on the card that heads the sequence and dragging the entire sequence over, just like you do in Klondike and other games. You'll then see the cards make their correct single card moves, but it will all happen quickly and automatically saving you much time and effort. Solitaire City will also calculate the maximum sequence size that you can move based on the number of empty FreeCells and tableau columns and will only let you drag the permitted number of cards.

Once again, you don't need to concern yourself with this complicated move while playing Solitaire City. Just drag the entire packed sequence of cards over to the second tableau column and then watch the computer go to work. It's good to know what's going on though so you understand why the computer will allow you to drag say four cards one time and only two at another.

Press the right mouse button over a covered tableau card to reveal more of the card.